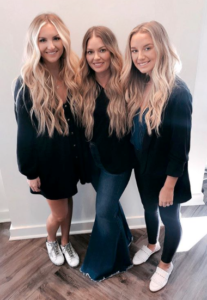 Hair Extensions add length and increase volume to give your hair the oomph you crave.  The Bombshell Certification workshop provides hands-on training and expertise in the application of these hot new types of extensions –

Natural Beaded Row extensions are the most gentle on your hair. A weft of hair is attached using a bead and string method, allowing natural hair to grow and stay strong and healthy.  Appointments to move up the extensions are recommended every 6-8 weeks and are the shortest maintenance appointments among all extensions types.

Tape-in Extensions are strips of hair ranging in width from a quarter inch to two inches to customize placement and limit visibility.  Tape in extensions add volume and length to give your hair more body.

The best type of extensions for an individual is determined by personal preference, lifestyle and maintenance routine.
Schedule a consultation today to find out which type is best for you!

I’m most excited about the beaded row extensions because the maintenance appointments are so short and the hair lasts so long. If you’re taking good care of them you can use the same wefts of hair for up to a year.”
–  Certified Stylist Sam Smith

The beaded row extensions are a great option for individuals who struggle with growing out their hair.  You’re less likely to experience breakage (than using tape-ins) because the wefts are so gently applied and are only attached to such a small amount of hair.”
– Certified Stylist Cara Harrison Thompson 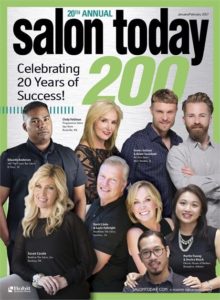 SAMUEL COLE SALON was recently named to the SALON TODAY 200 by SALON TODAY, the leading business media for salon and spa owners.

The magazine’s 20th annual SALON TODAY 200 issue profiled the selected salons in its January 2017 edition. The 200 salons were honored for their best business practices from applications submitted by SALON TODAY readers, who represent the 20,000 top-producing salons and spas in the country.

“Our editors recognize that strong business leadership requires the mastery of a number of different best business practices,” said Stacey Soble, editor-in-chief of SALON TODAY. “The salons named to the SALON TODAY 200 for 2017 not only proved they excel in one or more of these areas, they also have created rewarding environments for their staff members and standout experiences for their clients. Their willingness to share their success offers our readers important business benchmarks and inspirational business-building ideas.”

Salon Today is a division of Modern Salon Media, which is owned by Bobit Business Media in Torrance, California. 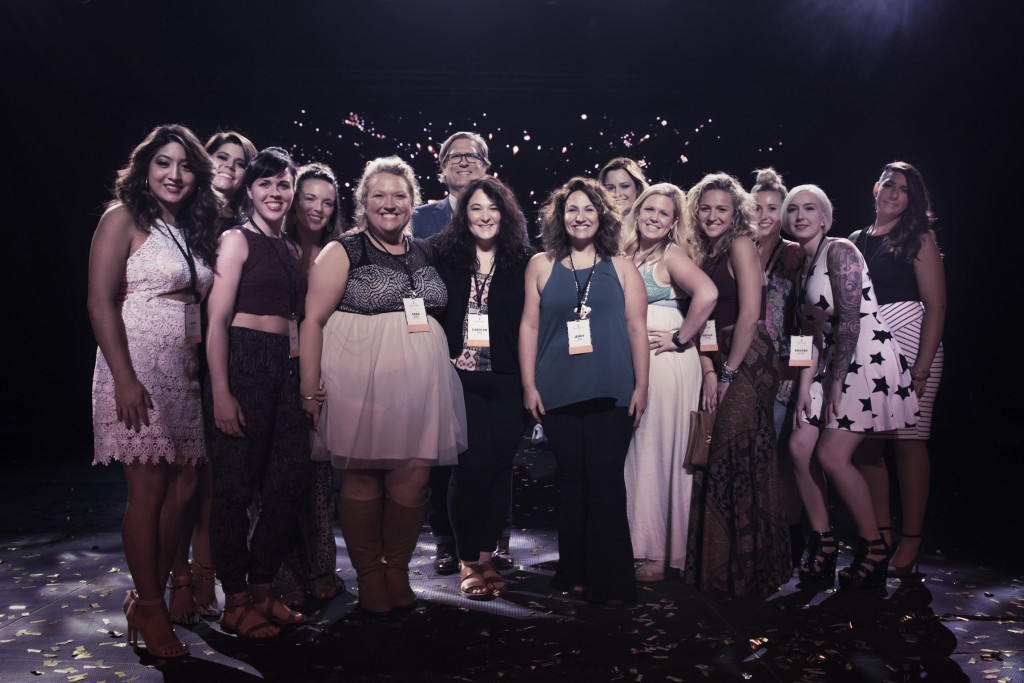 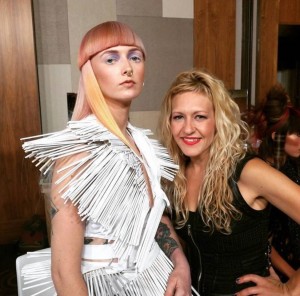 KatieM began her styling career in Asheville, NC in 2006 where she worked in the city’s top salon, Ananda. Training under the city’s finest stylists and colorists, she quickly developed her creative eye and passion for hair. In 2011 she moved to St. Paul, MN where she worked in one of Allure Magazine’s “Top 100 salons” of 2012. She had the honor of working with a very talented and creative team, including Shear Genius‘ Faatemah Ampey. KatieM moved back to Asheville from 2012-2015, and is now relocating to Raleigh, NC where she will be splitting her time between Samuel Cole Salon, traveling as an educator for Oribe, and working on editorial projects. KatieM’s most recent travels have been to NYC and Miami, working with industry legend and celebrity stylist Ronnie Stamm (toured with Rolling Stones and Aerosmith) and training with leading Oribe educator and runway stylist Kien Hoang. KatieM was one of the first to attend Miami Studios. With that, she attended The Art of the Ponytail instructed by Kien. She describes the class as advance with a more critical look at a ponytail. The ponytail was just the starting point and from there they took it to a while different level. She also attended Love Eternal Set which was also instructed by Kien. This class taught the advance way of setting hair to create beautiful S waves. This class took patience and creativity and can create feminine, sexy and expressive styling. It’s very glamorous and timeless approach to styling women’s hair.

KatieM regularly travels to NYC where she extends her education with styling, coloring, and developing her artistic eye. She is trained in Wella Color,  and has excelled in hair painting/balayage. Manselle has studied intensive razor cutting and styling with Bumble and Bumble in New York City. 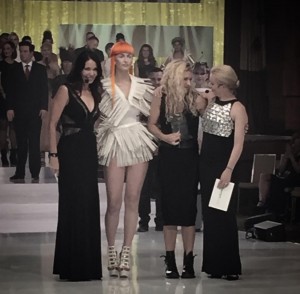 We are thrilled to have someone with KatieM’s passion, talent and warm-hearted creative energy join our team. I’ve had the pleasure of mentoring KatieM in the last year before she officially joined our team and it is exciting to find such dedication to being the best. KatieM is committed, focused, creative and always pushing to grow as a stylist. I know our guests and team will love her”, Joelle Ray.