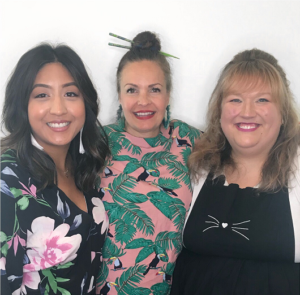 Stevie Smith brought fresh inspiration from Wella’s coveted TrendVision Awards competition, which celebrates exceptional hairdressing talent and creativity across North America.  Each year, TrendVision provides stylists the opportunity to engage with the latest trends in styling to take hair artistry to the next level and showcase their skills in live competitions to advance their careers.

In her Creative Color Workshop, Stevie Smith shared advanced color formulations and custom patterns that pushed stylists to expand beyond the natural shades of everyday hair color.  Stylists got creative with artistic concepts such as placing cool and warm tones of brunettes and reds together.  She demonstrated how carefully chosen monochromatic nuances can soften a statement of color and create a beautifully harmonized look.

I really love how Stevie Smith’s workshops remind us that our industry is an art in the way that she explores combinations of color formulations and placement. – Stylist Kait Powers 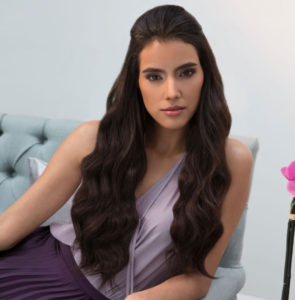 Samuel Cole Salon hosted Hairtalk Extensions Master Educator Tucker Cinalli in a hands-on educational event dedicated to the entire extensions experience, exploring the range of possibilities that hair extensions can offer.  Whether looking for length and thickness or a fun new color, Hairtalk Extensions have an answer.  Made with Remy Human Hair, the most luxurious type of extension hair, Hairtalk transformations deliver results while looking completely natural.

Innovative technology in Hairtalk Extensions create the illusion that the hair is growing directly from the scalp, ensuring that the tape is completely undetectable and leaving you worry-free!  Hairtalk extensions come in several options – lengths, tape widths, and color shades – to provide the most customized extensions experience.

I loved hearing the instructor Tucker’s insight on the versatility of extensions – when my clients are frustrated that their hair just won’t grow past a certain point or can’t get blonde enough, I know I can depend on Hairtalk extensions to provide solutions for them.” – Stylist Libby Bink 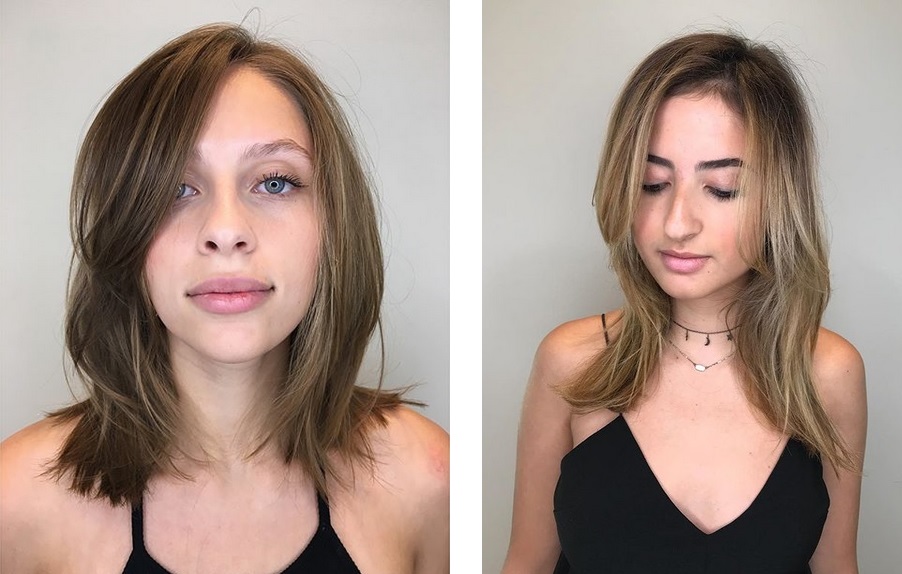 Samuel Cole Salon hosted Gardner Edmunds to teach Oribe’s Signature Cut, the haircut that serves as the foundation for Oribe Hair Care’s cutting philosophy.  Gardner Edmunds has worked with top industry professionals and his expertise in precision-based scissor and razor cutting is highly sought after.  He has traveled and taught at numerous hair shows and seminars across the country, and his clientele includes Olivia Palermo, Rebecca Minkoff and Kelly Ripa.

Oribe’s Signature Cut is an amazingly transitional haircut, so it’s perfect for anyone who wants to grow out their bangs, or who feels like their long hair “drags down their face.”  This cut creates strong, blended layers that frame the face while maintaining length overall.  The look has texture, movement, and softness created without using a razor.

I love mastering this haircut because it’s perfectly customize-able for everyone! It’s especially great for someone trying to grow out their bangs or who wants to lighten the “weight” of their hair around their face without having a completely short haircut.” – Stylist Heather Simpson 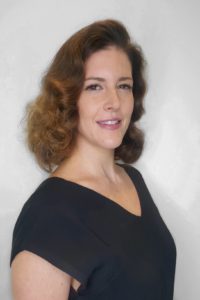 Inspired by Rita Hayworth’s characters in 1940’s and 50’s films, Robert Vasquez, like his mentor and hair stylist superstar Garren, often reinvents the Vintage Hollywood Glam style.  Vasquez demonstrated the parting and curl direction that recreates this look and featured R+Co products that bring the curls to life with volume and long-lasting hold.

I loved this look! Vintage retro styles are so on-trend.  The curl techniques Robert shared were awesome and I really love learning alternative ways of doing things.” – Sam Smith

5/20/2020 - We are so excited that the Governor has allowed us to open in his Phase 2 guidelines! We will be operating at less than 50% capacity starting Friday, May 22, 2020 at 5pm! Please be aware!! We have cancelled ALL missed appointments and previously scheduled future appointments. We will be scheduling all new appointments for all … END_OF_DOCUMENT_TOKEN_TO_BE_REPLACED