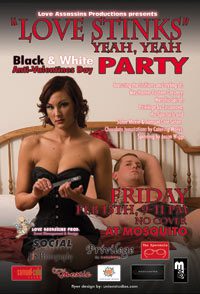 Stylists from these salons also designed hair and makeup for local photographer, Josh Paul. He hosted an open shoot for photographers at The Office on Glenwood South. The shoot featured Maxim Models with sultry, sexy hair and makeup.

“Doing hair and makeup designs for fashion shows and photo shoots in the area keeps us fresh and current. It is a chance for our Stylists to work on Editorial hair and makeup. They bring that energy back to our clients at the salon and deliver high fashion cuts & color,” said Joelle Ray, one of the owners of Samuel Cole Salon. 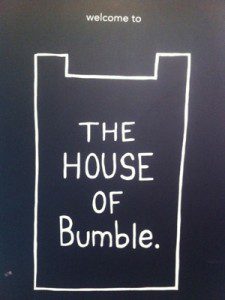 “The experience was amazing. I can’t wait to go back and attend Design Studio in the fall,” said a stylist. According to another stylist who also recently attended Bb U’s Network Educator class, “It is always a truly inspiring opportunity to attend any class at Bumble and be surrounded by fellow stylists and educators who are as passionate about hairdressing as I am.”

The Samuel Cole Salon team also walked away with the magazine’s Reader’s Choice Award for “Best Overall Stylists” in the area.

Calling the show “THE see-and-be-seen event of the year,” Social combines a runway presentation with its annual awards presentations. For this year’s show, the magazine showcased fashions from three Raleigh boutiques – NV Clothes for Men in North Hills, Runway on Glenwood Avenue and Privilege by Casanova, also on Glenwood – and enlisted the expertise of the two North Raleigh salons as well as fashion director Betzi Hekman of Love Assassins Productions.

According to a director at Samuel Cole Salon, the stylists created individual looks to complement specific outfits for the six men who modeled for NV. For Runway, the look was semi-formal to formal with emphasis on sexy and dramatic up-dos. For Privilege, “We went for glitz and glam, ‘80s funky and ‘60s flare — very cutting-edge hair with graffiti-like make-up, cat’s eyes, for example.”

The stylists created the hair and make-up designs in Samuel Cole Salon, an award-winning upscale establishment in North Raleigh owned by Joelle and Jack Ray, before the models strolled down the runway to “Just Dance” by Lady Gaga.

Samuel Cole Salon is hosting a back to school supply drive now through September 30th! Most Needed Items:Pens.Expo Markers.Pencils.Glue Sticks.Spiral Notebooks.Combination Locks.Dividers.Bookbags.Composition Notebooks.3 Ring Binders.Loose Leaf Paper. Thank you for your help in supporting the students and teachers in our community! … END_OF_DOCUMENT_TOKEN_TO_BE_REPLACED