August 2013 (RALEIGH, NC) – The award-winning Samuel Cole Salon now offers Great Length Hair Extensions to their guests. Great Lengths offers the highest quality hair, the extensions do not compromise the health of the hair that they are attached to, and they deliver unbelievably natural results.  The quality of the extensions and the vigorous training required to master the technique makes Great Lengths the ultimate in extensions.

Whether you are looking for glamorous, long and luxurious hair or increased volume and fullness, Certified Senior Stylist, Kristina Weeks is ready to transform your hair.  Call for your consultation today. 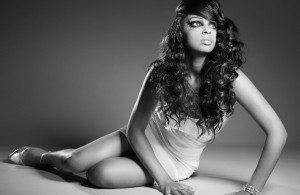 Samuel Cole Salon recently traveled to Las Vegas to experience the 2013 North America Trend Vision Awards (NATVA).  More than 2,300 attendees (stylists, trade press, and industry executives) witnessed the live show.  Wella’s Trend Vision Awards celebrate the interpretation of Trend Vision Looks and was seen globally via webcast in over 17 countries by 10,000 viewers.  Jack Ray and Cara Harrison were invited by Wella’s Top Artists to be part of the invitation-only Creative Retreat at Trend Vision 2013.  This annual networking event is an exclusive one in which only a select few salons in the country are invited to participate.  Creative Retreat was 3 days of hands-on sessions with live models and professional photographers who interpret upcoming trends/collections.  Jack and Cara hand selected their models to create their own vision for haircut, color and style, as well as wardrobe and make up for the finished look. Jack and Cara also styled models for a Runway Presentation at The Palms Hotel & Casino (Moon Nightclub) where their inspiration came to life as they showcased their models before a live audience of over 200 people.

“It was amazing to have the opportunity to work with industry legends Sonya and Christopher Dove (The Doves) and Stephen Moody, former Global Director of Education for Vidal Sassoon”, said Jack Ray.

“The Creative Retreat was inspiring and intense.  We worked for months on our vision/mood boards prior to event.  It’s amazing to have the opportunity to create a vision, execute that vision, have it photographed and present your look to such an exclusive audience. This was definitely a career highlight,” said Cara Harrison.

“There is no one like Adam!  He so totally embodies the Oribe brand.  It was awesome to have someone of that caliber come in and share his styling genius,” said Samuel Cole Salon stylist, Sara Beard.

In seven short years, Adam Livermore has become a driving force in the hairdressing industry. After working behind the chair as a master stylist and education director at Spalon Montage in Minneapolis, and as an educator with Wella Professionals and Kevin Murphy, Adam relocated to New York City and began traveling the world as an educator for Oribe Hair Care. Adam now works side by side with Oribe himself at fashion shows in Paris, Milan and New York – and takes that creative vision back to the top salons in North America.

When he’s not with clients at Mizu Salon in New York or teaching classes at Oribe salons around the nation, Adam is collaborating with top photographers to create inspiring new imagery. Adam has worked with style icons such as Naomi Campbell, Molly Sims and Cher, and his creative work has been seen in countless magazines, including Vanity Fair, Beauty Launchpad, Modern Salon, American Salon, Creem, Peluquerias International and Twin Cities Luxury and Fashion. 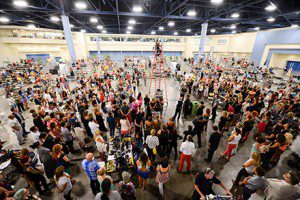 “It was crazy, exhilarating and over-the-top.  I wouldn’t have missed it.  So much talent in one room.  What a thrill that we helped set the record while having so much fun,” said Nord.

Samuel Cole Salon is hosting a back to school supply drive now through September 30th! Most Needed Items:Pens.Expo Markers.Pencils.Glue Sticks.Spiral Notebooks.Combination Locks.Dividers.Bookbags.Composition Notebooks.3 Ring Binders.Loose Leaf Paper. Thank you for your help in supporting the students and teachers in our community! … END_OF_DOCUMENT_TOKEN_TO_BE_REPLACED