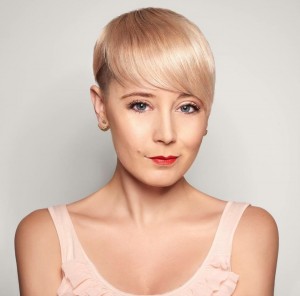 Nicole’s career has featured working under world renowned stylist Nick Arrojo in NYC. Nicole’s accomplishments include a first, second, and third place finishes at the Wella Trend Vision Awards. She has traveled extensively sharing her talents with stylist all over the world including representing the United States at Trend Vision International. Nicole was runner-up on Bravo’s Shear Genius; Season 2. In 2009 she was nominated for the Fashion Forward category of NAHA and International Hairstylist of the Year for the Canadian Mirror Awards in 2010. In 2012, She became a member of the Wella Artistic Design Team. Nicole is also an editorial stylist and is a regular back stage during New York’s Fashion Week for labels such as Blanc De Chine, St. John, and Nanette LePore. 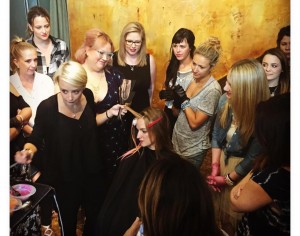 With the trend of pinks, corals and other fun colors, it was exciting to try new ways to bring it to our clients,” said stylist Lauren Munns

5/20/2020 - We are so excited that the Governor has allowed us to open in his Phase 2 guidelines! We will be operating at less than 50% capacity starting Friday, May 22, 2020 at 5pm! Please be aware!! We have cancelled ALL missed appointments and previously scheduled future appointments. We will be scheduling all new appointments for all … END_OF_DOCUMENT_TOKEN_TO_BE_REPLACED