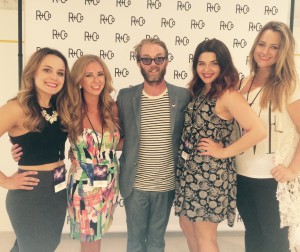 Stylists Chelsea, Grogan, Veronique and Tiffanie headed to The New Miami Studios to attend the Master Razor class with Howard McLaren. The two day class featured demonstrations by R+ Co educators Andrean Noir and R+ Co Founder, Howard McLaren. Andrean Nior presented a visual curl enhancing cut which was designed to work with the natural curl of a client while developing the stylist’s eye for balance and weight removal. Howard McLaren wowed with his interpretation of the Razor Bob.  Stylist then had the opportunity to take what they learned and apply the techniques and concepts to live models. It was a visual and free form class that allowed the stylist to bring their own creativity to the forefront. 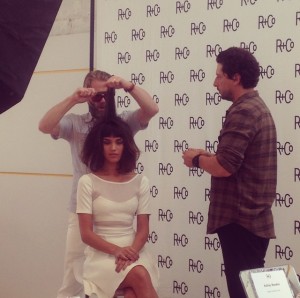 Taking a class with Howard is an amazing opportunity due to his status as an industry innovator.  Howard has been the Creative Director of some of the most influential hair brands. When creating R+CO, the goal was to create a brand identity that will inspire and push both consumers and hairdressers to want, expect and demand more.

It was such an inspiring and exciting experience! I can’t wait to go back to Miami and learn more!” said stylist Veronique. 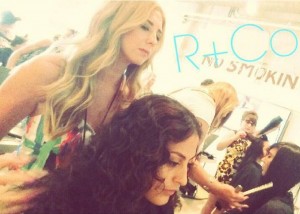 Stylist Grogan working on her model

5/20/2020 - We are so excited that the Governor has allowed us to open in his Phase 2 guidelines! We will be operating at less than 50% capacity starting Friday, May 22, 2020 at 5pm! Please be aware!! We have cancelled ALL missed appointments and previously scheduled future appointments. We will be scheduling all new appointments for all … END_OF_DOCUMENT_TOKEN_TO_BE_REPLACED